The Linux terminal is a powerful utility. You can use it to control the whole system, crafting and typing commands as you go about doing your everyday tasks. But it can quickly become overwhelming to keep staring at a command line and carry on with your work.

Lucky for you, the terminal is also a source of fun. You can play around with commands, listen to music, and even play games. Although expecting a great deal of entertainment from a window full of commands would be carrying it too far, you can find utilities to bind some time when bored.

Here are some fun and entertaining commands every Linux user should try at least once. 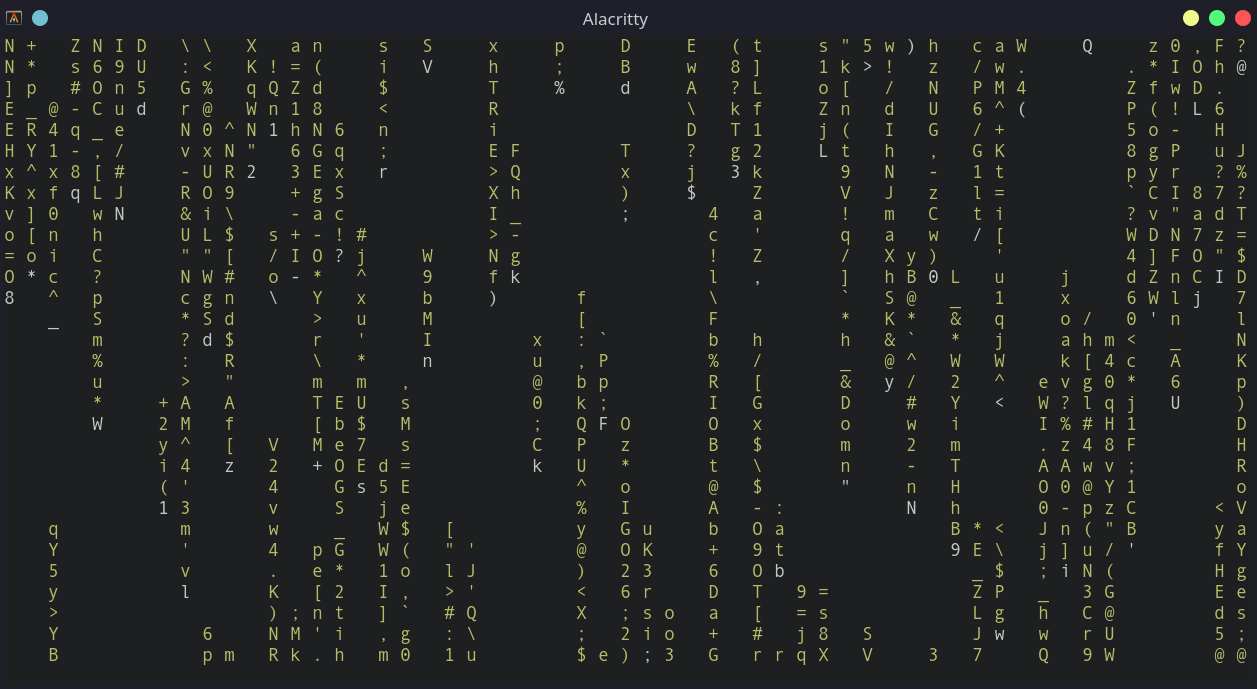 Starting off the list with a fun tool every Linux user loves, CMatrix is a command-line utility that generates the classic “The Matrix” animation from the popular movie franchise of the same name. You can expect to see some great animations in different colors, which you also get to customize.

Albeit CMatrix uses regular fonts instead of the original Japanese characters, you’ll enjoy every moment you spend with the tool. Either use it as your desktop screensaver or include the program in your window manager rice screenshots, the choice is yours. You can even go to the extremes and set up a CMatrix server on a laptop that runs the program 24/7.

On Arch Linux and its derivatives: 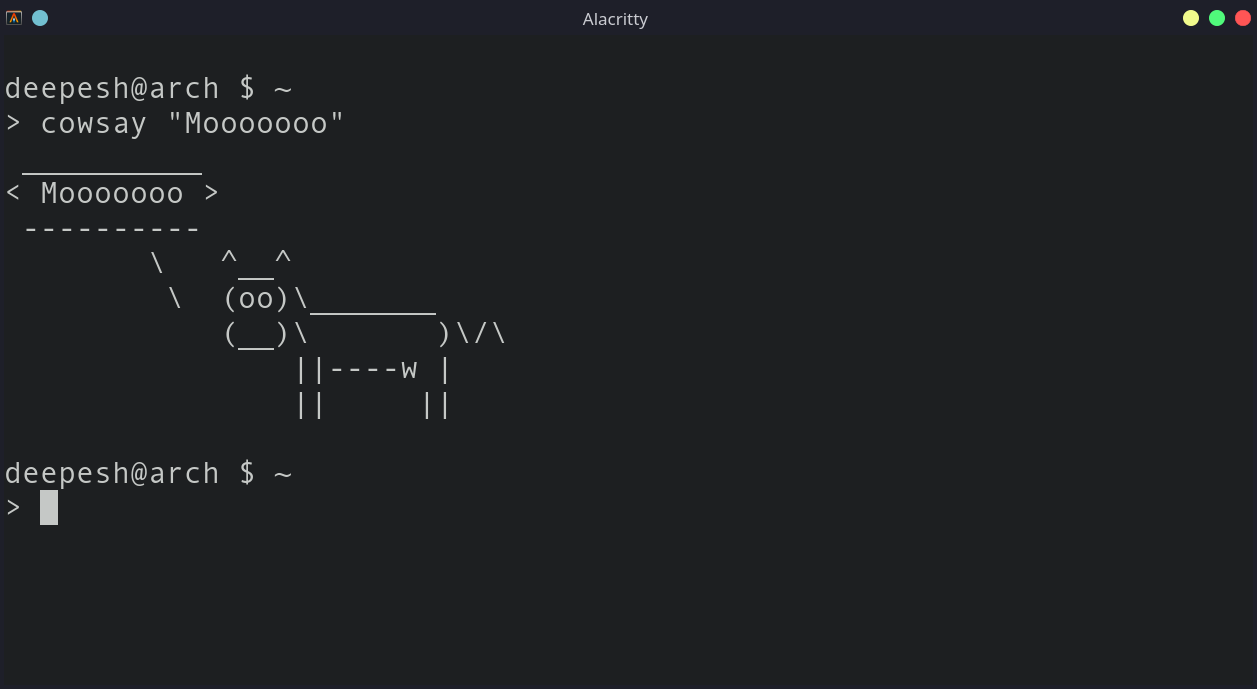 What does the cow say? Definitely, not just “moo.”

cowsay is an ASCII-art-based command-line utility that displays the specified input with a neat ASCII cow art. While there’s not much to this program, you can use it as a Bash prompt by invoking the program with random quotes whenever you launch a terminal instance.

To install cowsay on Debian and Ubuntu: 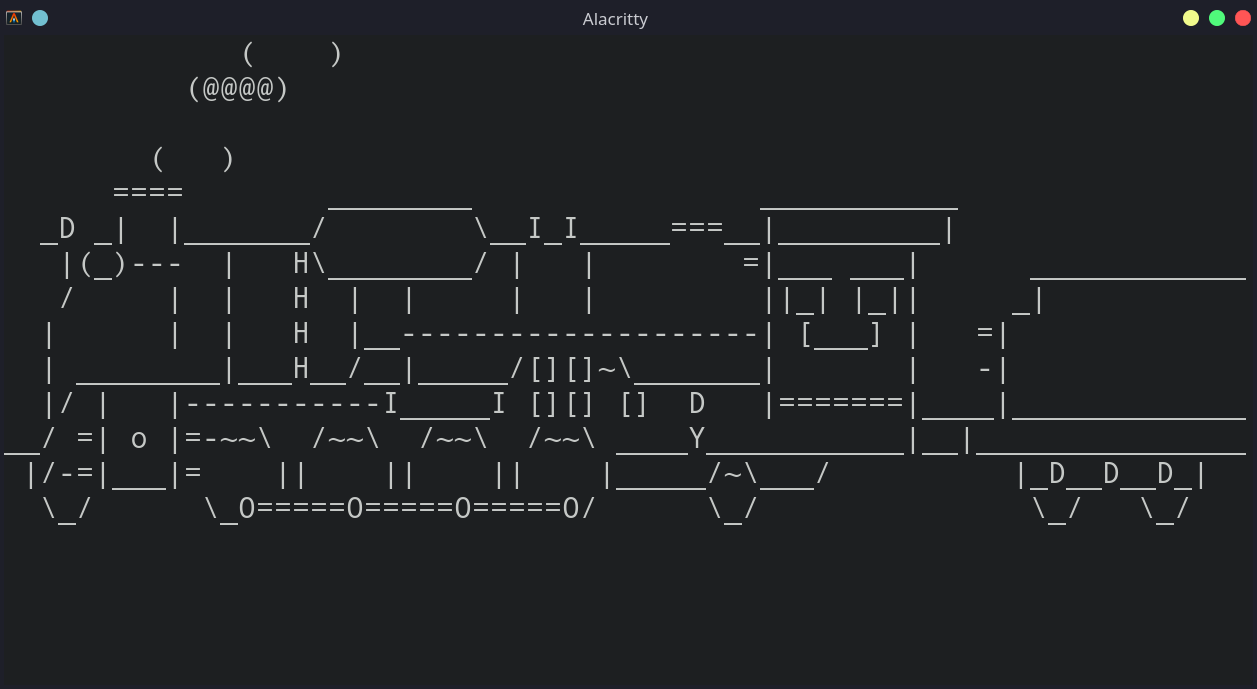 Installing sl on Ubuntu and Debian is easy. 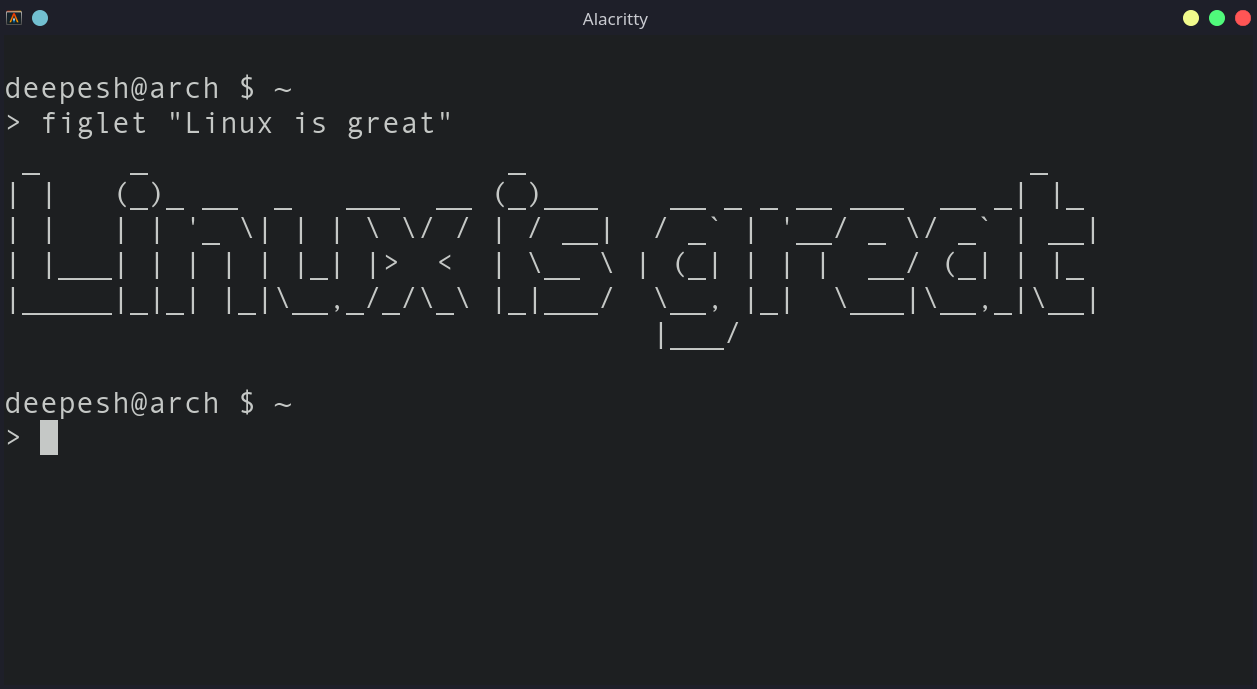 Have you ever seen a Linux terminal with beautifully crafted ASCII art at the top? You can achieve the same results using FIGlet, a command-line tool that converts user input into ASCII banners.

Unlike some other ASCII art generators, FIGlet doesn’t have a character limit, which is what sets it apart. You can create ASCII art of unlimited length with the tool, although the characters might break if you supply lengthier strings.

You can install FIGlet on Debian/Ubuntu using:

To install FIGlet on Arch-based distributions: 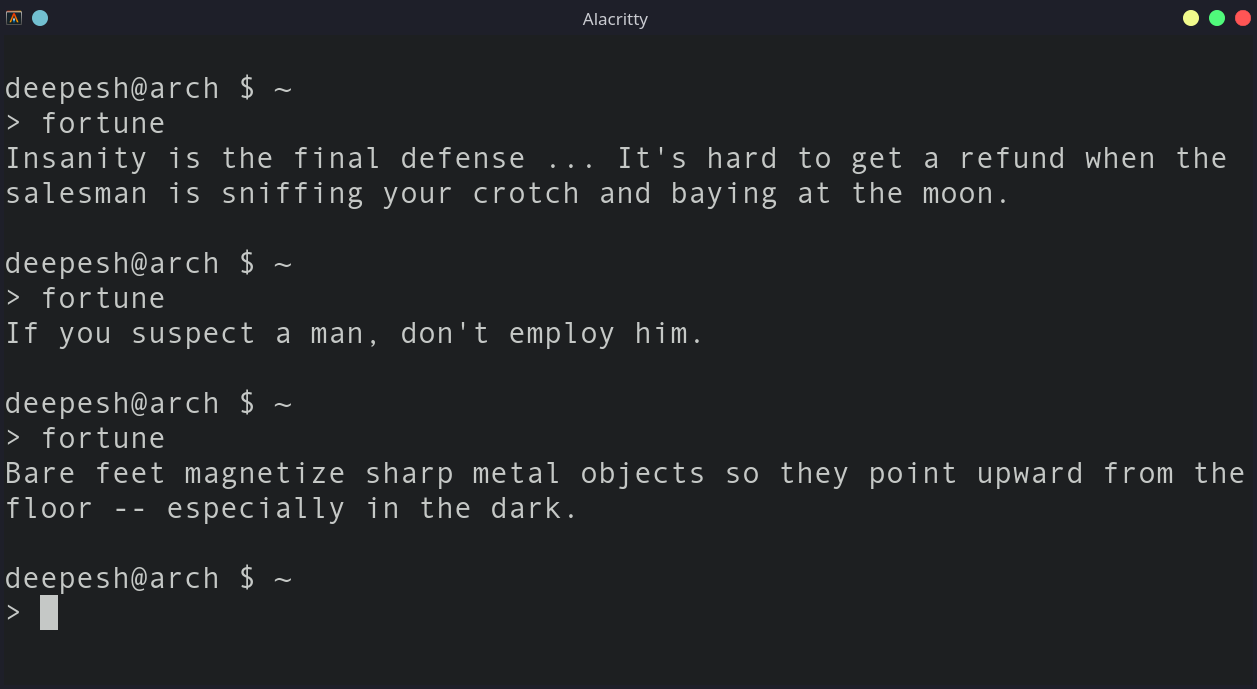 Want to read a quote? Maybe something funny, or perhaps an educational message? The excitement is there every time you run fortune, as you don’t know what’s going to hit you next. fortune is a Linux utility that returns random messages and quotes on execution.

It’s easy to get engrossed in the command, reading the entertaining (mostly funny) quotes that fortune outputs. The best thing about the tool? You can pipe it with cowsay and similar programs to produce an engaging Bash prompt for yourself.

To install fortune on Ubuntu/Debian:

On Arch Linux and similar distributions:

Installing fortune on RHEL-based distros like Fedora and CentOS is easy as well. 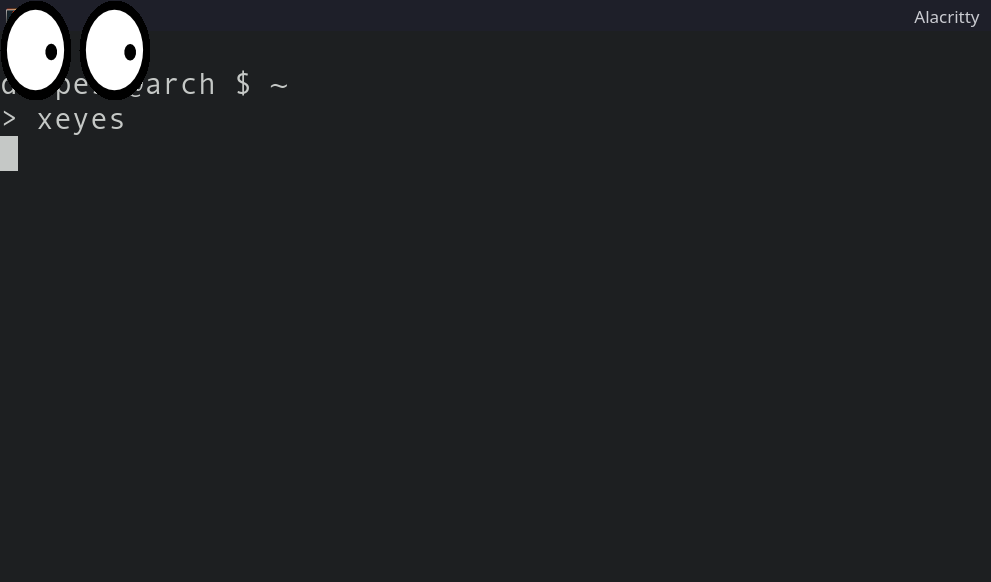 If you are someone who likes to have a pair of eyes on you every time you need to get something done, xeyes might be the best Linux tool for you. Literally, xeyes brings a pair of eyes to your desktop. The best part? The eyeballs move depending on your mouse pointer’s location.

Launching the program is easy. Simply type xeyes in the terminal and hit Enter. By default, the location of the eyes will be the top left, but you can easily change it using the -geometry flag.

On Ubuntu and Debian-based distros, you can install xeyes with APT.

To install xeyes on Arch-based distros: 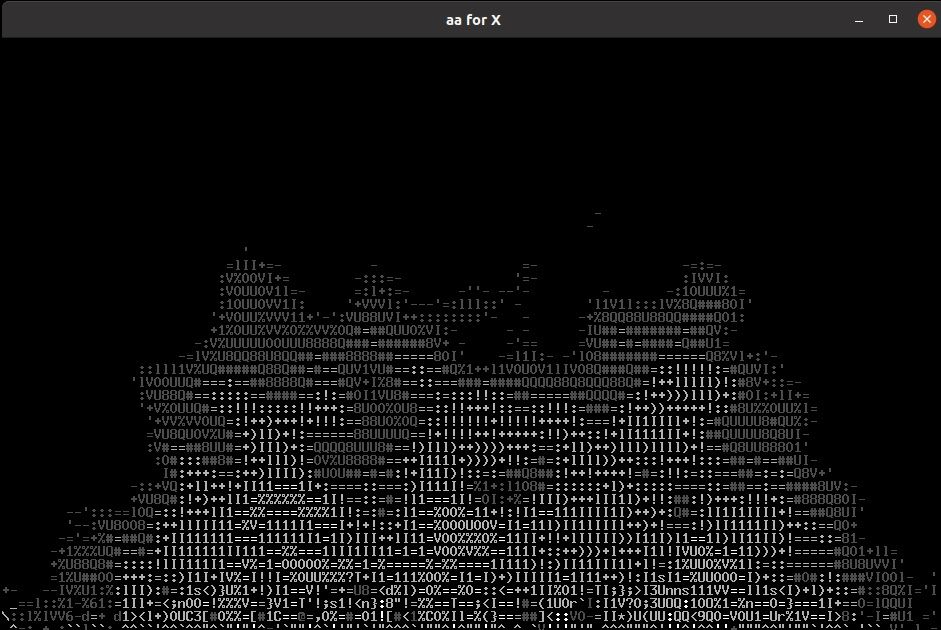 Want to make your Linux desktop lit? You need aafire. It is a terminal-based utility that starts an ASCII art fire right inside your terminal. Although you won’t physically feel the heat aafire brings to the table, it’s definitely a “cool” Linux program to have on your system.

To install aafire on Ubuntu and Debian:

On Arch Linux and its derivatives:

On Fedora, CentOS, and other RHEL-based distros: 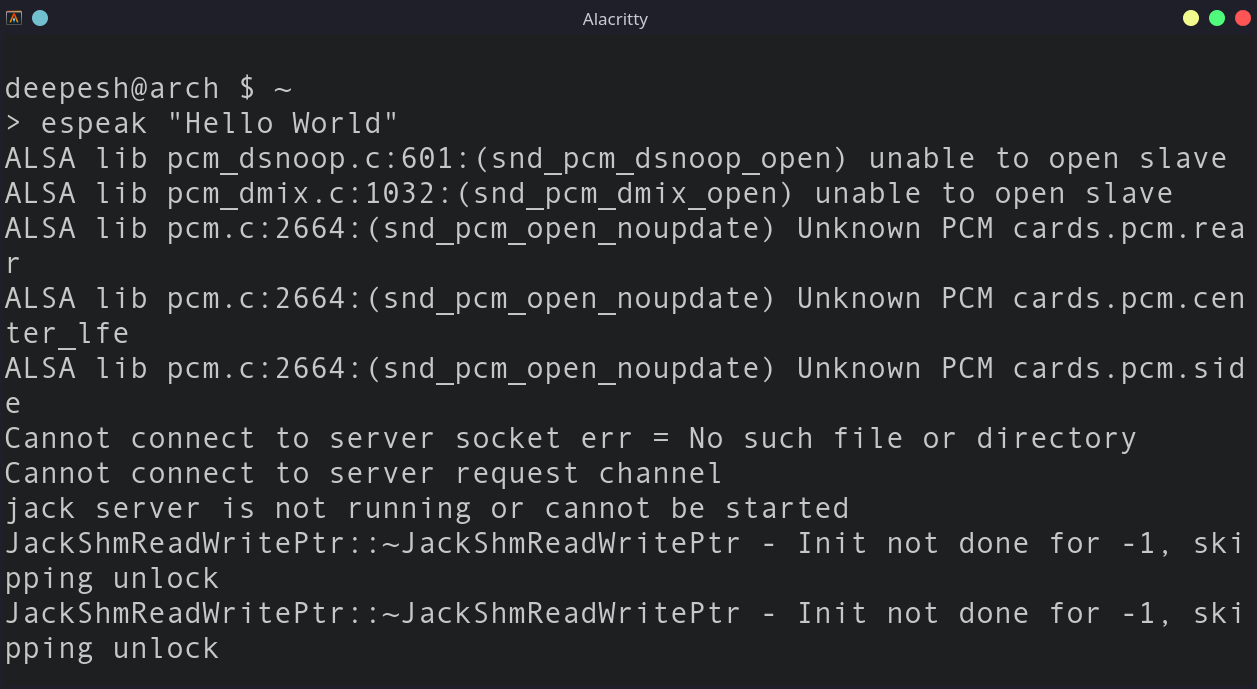 Have you ever wanted your Linux desktop to speak, exactly what you want it to? espeak is a text-to-speech utility that converts a specified string to speech and returns the output in real time. You can play around with espeak by invoking the command with song lyrics or movie dialogues.

For the test run, you can try specifying a basic string first. Don’t forget to turn up your desktop’s speaker volume.

You can also change the amplitude and word gap, and play around with the voices with espeak. Writers can use this tool to transform their words into speech, making it a perfect tool to assess content quality.

You can install espeak on Arch Linux from the AUR. 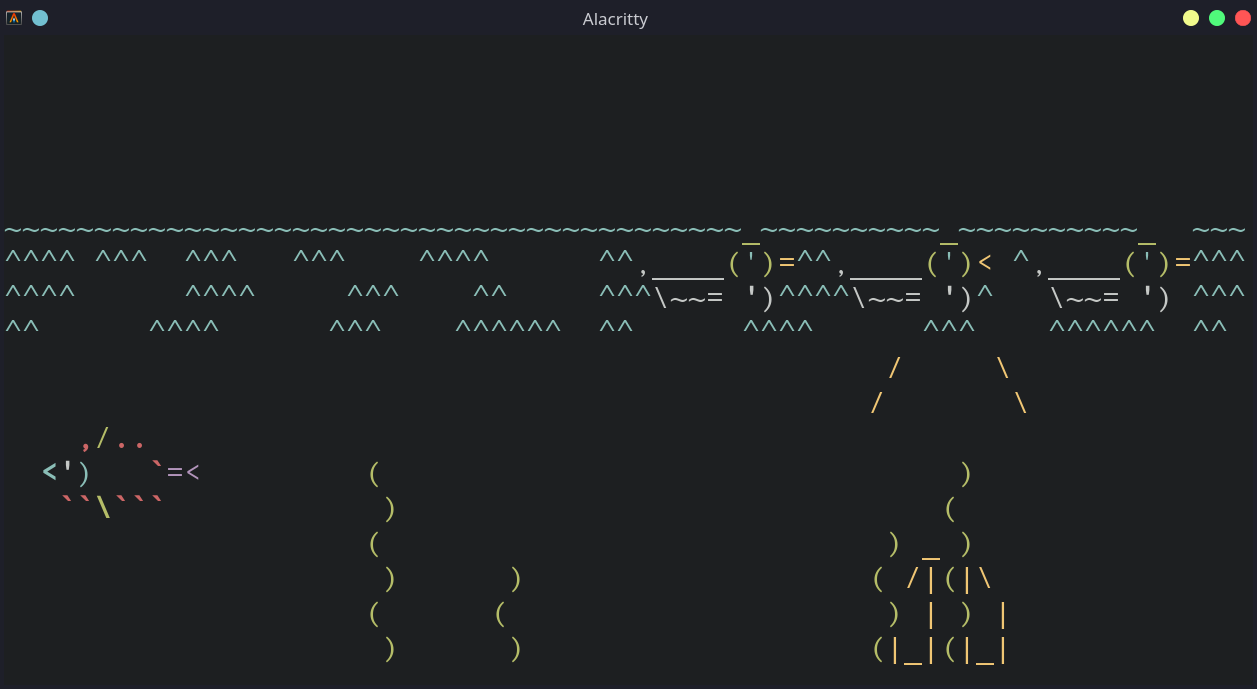 For those who wish to own an aquarium someday, here’s your chance. As the name aptly suggests, asciiquarium creates a virtual aquarium inside your terminal using ASCII characters.

The fishes and the plants are colorized and that’s what makes them come to life, leaving the dull terminal screen behind. You also get to see ducks swimming in the water occasionally.

To install asciiquarium on Ubuntu and Debian: 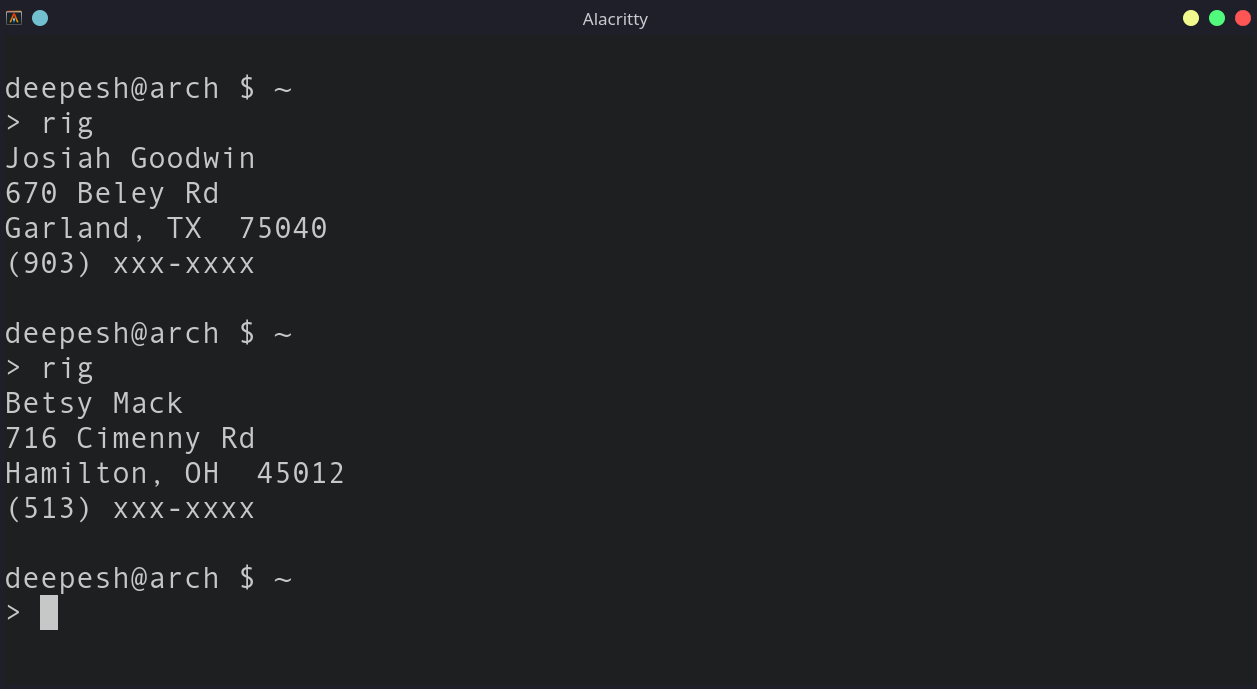 Want to quickly generate a fake identity for some reason? rig is what you need. Being a command-line utility, it returns output in an easy-to-read manner, for both users and computers. You can implement the functionality of rig in scripts, to test functions that require user information in bulk.

To install rig on Ubuntu and Debian:

Telnet is a network protocol that allows you to set up a text-based communication channel between two machines. How is that relevant, you might ask? The fun part is there is a multitude of fun things to do in the Linux terminal using Telnet, other than accessing remote computers.

Want to play chess within the Linux terminal? Type the following command:

If you’re a huge Star Wars fan and would like to enjoy the cosmic experience of the franchise on Linux, enter:

If the aforementioned command doesn’t work, you can use the following instead:

You can even view the entire world map on Linux using Telnet by typing:

Having Fun With the Linux Command Line

All the cool Linux commands mentioned in the above list will guarantee you a moment of fun amidst the busy life that we’re all living. You can either install these utilities to simply play around with, or you can make something productive out of them by using them in your code.

Whatever the practical applications are, Linux programs always deliver what you expect them to. There are several other software and applications that every Linux user should know about.

How to SSH Into a Raspberry Pi for Remote Access

Firefox 102 Lands on Linux With Upgraded Geolocation, PDF Viewer, but Will Users Care?

10 Linux Network Commands and How to Use Them

How to Install CentOS Stream on a PC

How to Manage RSS Feeds With Mozilla Thunderbird on Linux

4 Reasons Why AlmaLinux Is a Better CentOS Alternative