Apple is slowly upping its virtual assistant game with iOS 15. The new operating system allows Siri to assist you offline. After spending plenty of time with iOS 15 Beta, I’ve figured out a way to activate and use Siri offline.

In this detailed guide, let’s understand how to enable Siri without the internet, along with some of the voice commands you can use with it.

What is offline Siri in iOS 15?

iOS 15 finally utilizes the processing power of your iPhone. Siri can now understand and take action on what you say without the need for an internet connection. So whether you’re in a patchy connection zone or even in flight mode, you can use Siri offline without waiting for it to load.

Devices that support Siri without the internet

Siri on iOS 15 utilizes the core power of your iPhone’s neural chipset. Understanding human speech for a computer device is a challenging task. Hence, it requires a chipset with high processing power. Due to this, Apple has limited offline Siri to iPhones with A12 Bionic or a newer chip.

Following are the iPads and iPhones that support Siri without the internet.

First of all, you’ll need to download and install iOS 15 on your iPhone. Apple says that the stable iOS 15 release will be “in the fall” but, you don’t need to wait for the stable release. You can turn on offline Siri on iOS 15 Beta as well. Here’s how:

How to enable offline Siri on iPhone running iOS 15 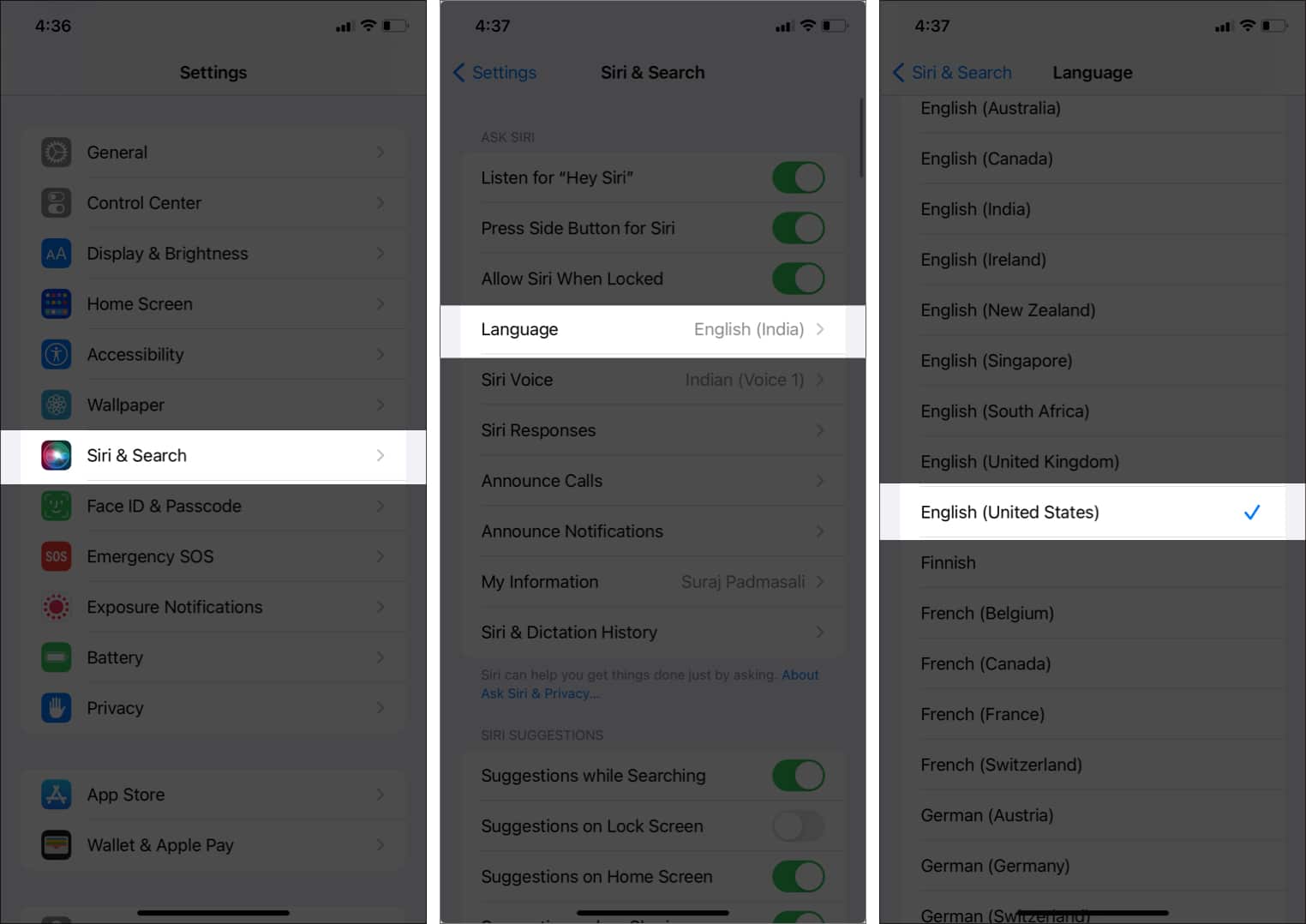 Siri should now work without the cellular data on your iPhone. You can try it by disabling Mobile data and Wi-Fi and summoning “Hey Siri.”

Tips to use Siri without the internet on iPhone

You can now ask Siri to set timers and alarms when it’s not connected to the internet by simply saying, “set a timer for 5 minutes” or “set the alarm for 10 AM.”

If you’re anything like me and set hundreds of alarms to wake up every morning, well now when you (finally) wake up, you can ask Siri to just “turn off all the alarms.” Even Google Assistant doesn’t support this feature yet.

Siri will also give a visual confirmation of what it understands as you speak so that you can mend the timers right away.

2. Change theme on your iPhone

You can ask offline Siri to enable or disable dark mode on your iPhone. Just say “turn on dark mode” or “turn off dark mode” to trigger it.

However, offline Siri doesn’t support increasing or decreasing your iPhone’s brightness just yet. Hopefully, the feature would be added in a future update.

Offline Siri can also change your iPhone settings. You can turn on flight mode, enable/disable Wi-Fi and Bluetooth, and ask Siri to turn on your iPhone’s mobile data.

Why is using Siri without cellular data better?

Using Siri offline has several advantages, with the most obvious one being able to use the virtual assistant without an internet connection. However, there are a few other key benefits that make this feature stand out.

As a result of processing data on-device, using Siri has become faster than ever. Just try using Siri without the internet, and you’ll realize how fast it is.

How to Clear Cache and Cookies in Safari for Mac, iPhone, and iPad

How to Eject Water From Apple Watch

How to Collaborate in Apple Reminders on iPhone and iPad

All the macOS Ventura Features You Missed From WWDC 2022