FaceApp is one of the most popular photo editing apps in the world, but it has been so mired in controversy that it’s difficult to tell what’s true and what isn’t.

How does FaceApp work exactly, and is it secure? Who are the developers behind it? Are your photos safe with this application? Is there any merit to the claims that it mishandles user data?

How Does FaceApp Work?

FaceApp is a freemium app, which means that it can be used for free, but with some caveats. Unless you pay for the app (billed monthly or annually), you have to view advertisements to make an edit. And once you do make an edit, the saved photo is watermarked.

FaceApp is a rather unique application, at least as far as photo editing software goes, because it uses artificial intelligence to alter pictures. More precisely, it uses an advanced machine learning technique that is modeled after the processes that take place in the human brain. This is one of the reasons photographs edited in FaceApp look so disturbingly realistic.

And there are plenty of things you can do using FaceApp. The app can transform a face to make it look younger or older, add or remove a smile, remove or add hair and facial hair, change gender, add makeup or glasses, change eye color, remove wrinkles and eye bags, and apply all sorts of filters.

Are Your Photos Safe With FaceApp? 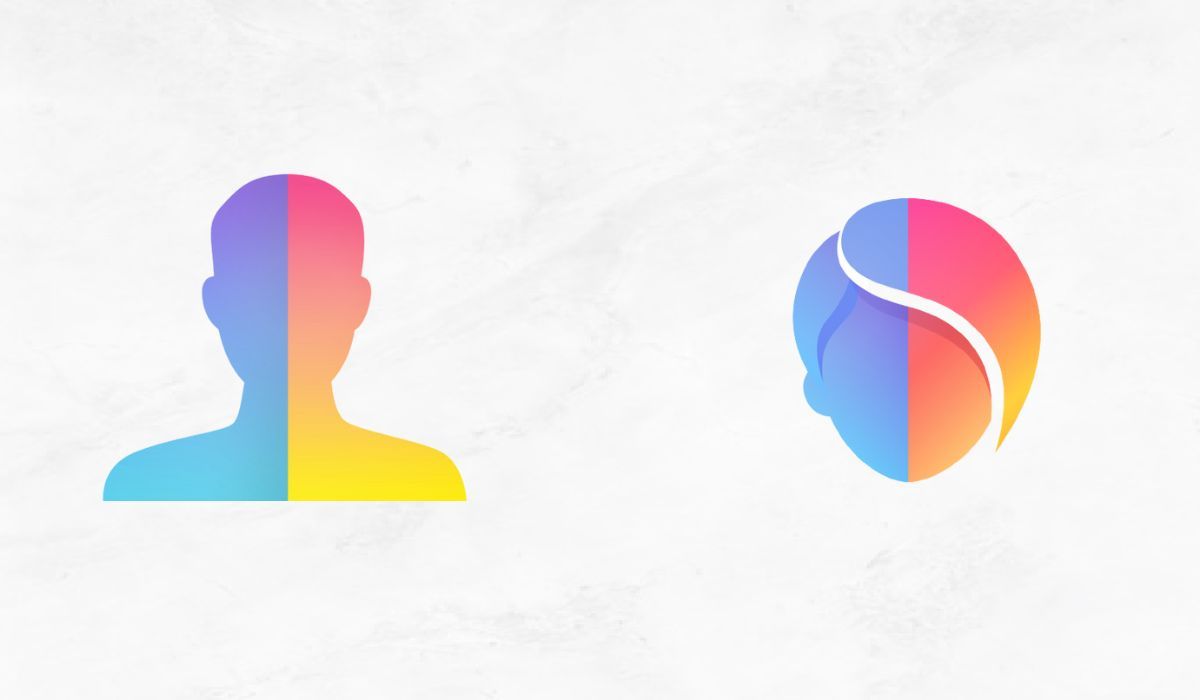 FaceApp has been downloaded more than 500 million times at the time of writing. One can only speculate how many photos have been uploaded to the app’s servers or accessed by it in some way, which begs an important question: how does FaceApp handle sensitive information and other user data?

For a start, let’s take a look at FaceApp’s terms of service and privacy policy. The app and its developers faced scrutiny in 2019 when reporters discovered a rather problematic passage in its terms of service. It stated that users grant FaceApp a “perpetual, irrevocable, nonexclusive” license to use their content.

In response, the app’s creator and CEO, Yaroslav Goncharov, promised to change the terms. As Digital Trends reported at the time, Goncharov suggested that he and his company are being treated unfairly, and pointed to Instagram as an app that handles user data similarly.

The terms were modified shortly after this controversy. The wording was changed to say that FaceApp retains the right to “exploit” user Feedback. The application’s Terms of Use Agreement now state the following.

“You hereby grant to FaceApp a fully paid, royalty-free, perpetual, irrevocable, worldwide, non-exclusive, and fully sublicensable right and license to use, reproduce, perform, display, distribute, adapt, modify, re-format, create derivative works of, and otherwise commercially or non-commercially exploit in any manner, any and all Feedback, and to sublicense the foregoing rights, in connection with the operation and maintenance of the Services and/or FaceApp’s business.”

What is Feedback, then? Feedback is defined by the company as “any questions, comments, suggestions, ideas, original or creative materials or other information you submit about FaceApp or our products or Services.”

The privacy policy offers more clarity. In it, FaceApp states that it uses Google Cloud Platform and Amazon Web Services to process photographs. The cloud providers store photos for up to 48 hours.

FaceApp says it uses photos only to provide users with the app’s basic editing functionalities, and that’s it. All photos uploaded via FaceApp are encrypted, and encryption keys are stored locally on the user’s device, according to the company. The app also collects data pertaining to the user’s purchase history (if there is any), social media information (if the user links their accounts), and device data (this includes operating system information, IP address, device ID, and such).

What Does FaceApp Do With Your Data?

What does FaceApp do with the data it collects, who does it share it with, and how does it handle users’ personal information?

Like many similar applications, FaceApp collects data for advertising purposes and to improve the service itself. It also retains the right to share users’ personal information with affiliates, service providers, social networks, and advertising partners.

But there are a few key points to keep in mind. None of the above applies to photographs, according to FaceApp—they are only stored in the cloud for a brief period of time, and then permanently removed. Plus, it is possible to opt-out of receiving targeted advertisements and modify some permissions, which can certainly make a significant difference when it comes to data privacy.

When concerns over FaceApp’s handling of user data peaked in 2019, US Senator Chuck Schumer called for an FBI investigation. It is unclear if the FBI ever launched a formal probe, but it did respond to Schumer’s request. Schumer—who was Senate Minority Leader at the time—published the response on Twitter, revealing that the FBI considers any software developed in Russia to be a “potential counterintelligence threat.”

It is important to note that FaceApp’s developer, FaceApp Technology Limited, is headquartered in Limassol, Cyprus, and not in Russia, though its founder worked for the Russian search engine Yandex at one point. 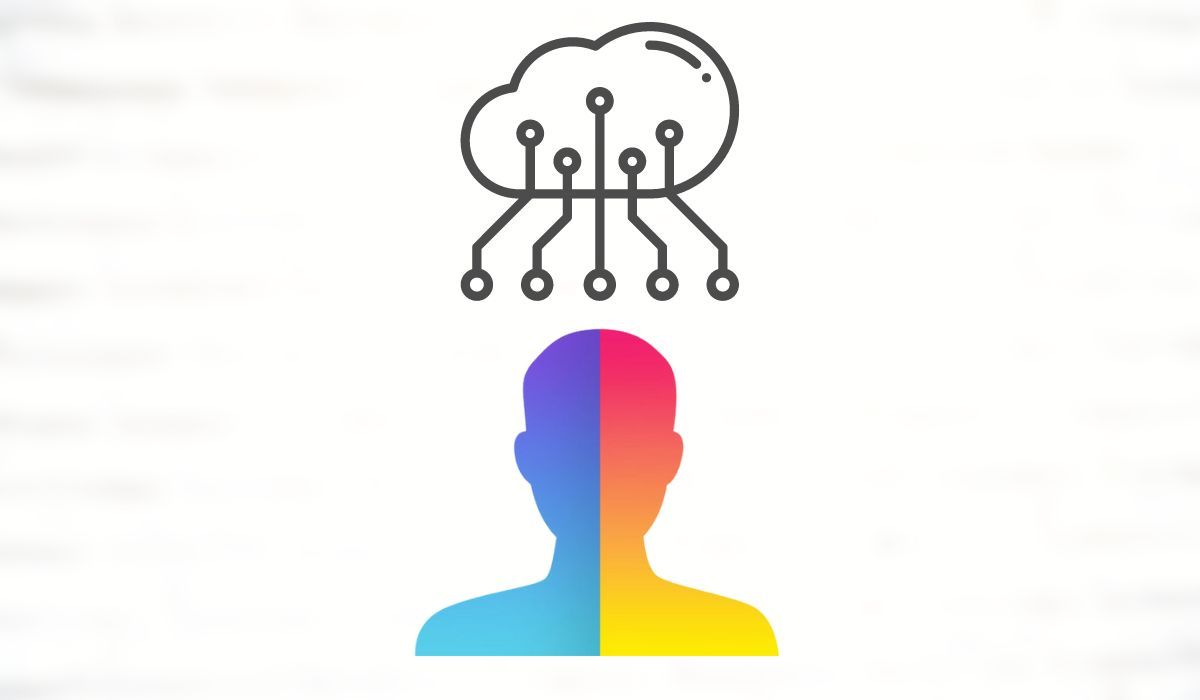 If we assume that photos are safe with the Google Cloud Platform and Amazon Web Services, and that FaceApp never violates its own TOS and privacy policy, can it be argued that it is a secure app? This is a complicated question, but nothing indicates that FaceApp has ever suffered a breach. It appears to be about as secure as any other popular app.

But the reality is such that most photo editing software is inherently insecure. In fact, research has found that dozens of popular video and photo editing apps have massive security vulnerabilities, and violate user privacy in different ways. However, there are several secure alternatives you should consider, such as Photoshop Express, PhotoDirector, and Pixlr.

Privacy is a different matter. FaceApp itself makes it clear that it collects user data, and shares it with certain third parties. Unfortunately, the vast majority of mobile apps do the same.

The internet is reorienting itself toward media content, so it is no surprise that demand for editing software is growing. FaceApp does its job fairly well, and appears to be relatively secure.

However, if privacy is a concern for you, then you probably should not use it. But you also shouldn’t use Facebook, Instagram, and a host of other similar services.

You need to ask yourself one question: am I comfortable with tech companies collecting my data? If you are not, and if you want to protect yourself and your personal information, make sure you cultivate basic data privacy habits.

Top 3 Ways to Make a Collage on iPhone

iOS 16: What Is ‘iPhone Charging on Hold’ and What to Do if You See It