Do you have an old PC lying around gathering dust? Would you like to make use of the old small-capacity USB flash drive sitting in your drawer? You can reuse your old computer and a USB flash drive by installing a super small Linux distribution on them.

​Mini Linux distros are great as they require fewer system resources than other options yet still deliver a whole operating system experience. Small Linux distros are one of the best ways to breathe life into an older machine, that’s for sure.​​​​​​

Here are nine of the smallest Linux distros that need almost no space!

Before You Start: How to Create Bootable USB Flash Drives

Rufus is one of the fastest, smallest, and easiest USB-burning tools available for Windows users. It has decent customization options and can automatically detect your USB flash drive. Furthermore, Rufus can detect the type of ISO you are attempting to burn and apply a common setup for any tiny Linux distro.

Linux and macOS users should use Etcher, an open-source USB-burning tool. Like Rufus, Etcher is tiny, very fast, and comes with a great GUI that makes the tool incredibly simple to use. Etcher doesn’t have many settings, but it works well the overwhelming majority of the time. Windows users who find Rufus confusing can also use Etcher, as the tool is also available for Windows.

Now, onto the tiny Linux distros! 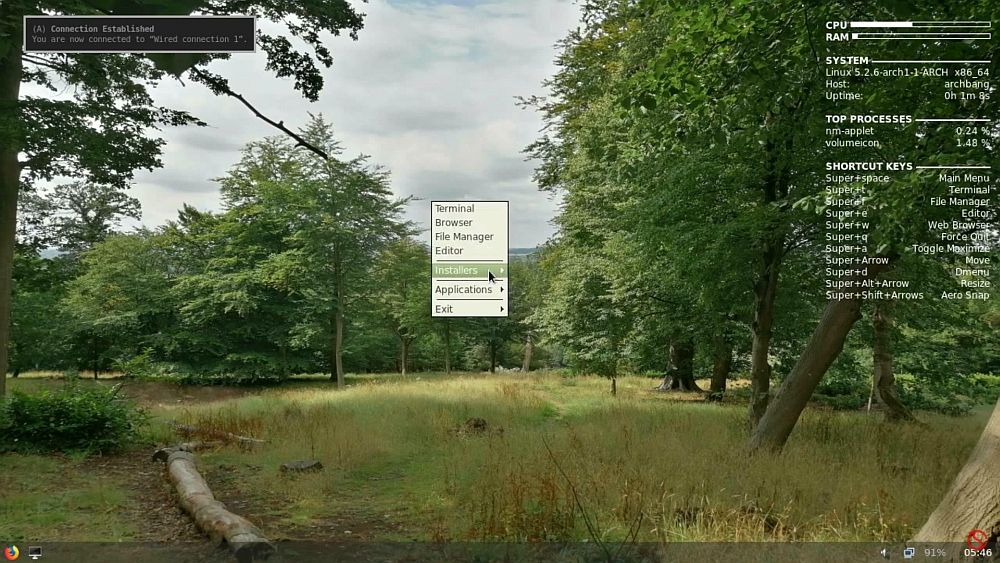 ArchBang is based on Arch Linux and inspired by CrunchBang, another small Linux distro. ArchBang is essentially Arch Linux made easier and reduced in size. It includes the power and flexibility of Arch Linux without the complex setup and installation, but in a tiny Linux distro bundle.

You can use ArchBang as a fully-featured desktop operating system or a portable live OS. It is fast, stable, and always up to date, making it a handy minimal Linux distro for anyone with an old computer. 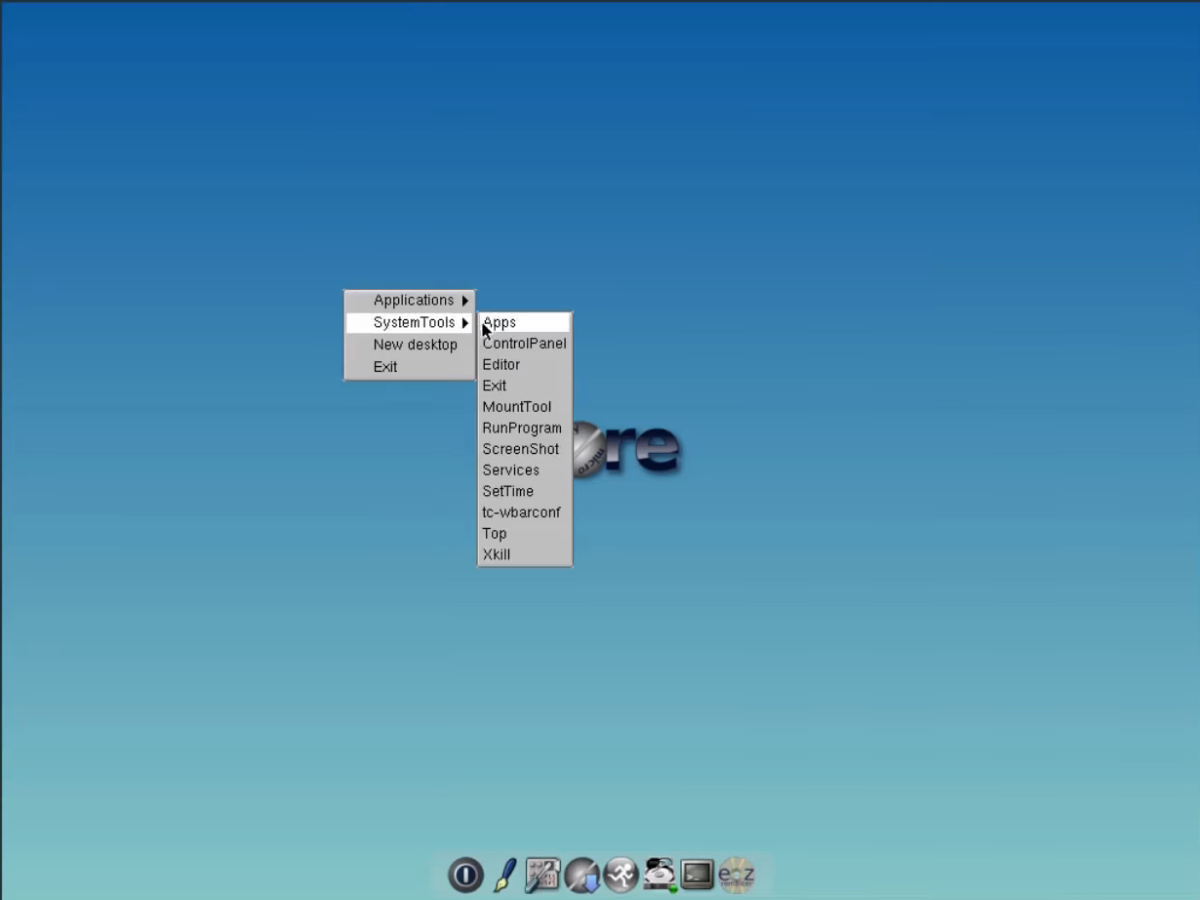 The Tiny Core Linux “TinyCore” installation is a minute 21MB, including the base distro and a decent GUI. The base installation requires at least 46MB RAM to run, but you will need a little more if you want to run additional applications and other software. Note that you’ll need to use an Ethernet cable to get online with TinyCore as there is no out-of-the-box wireless support.

The best option for most people is the “CorePlus” installation, which comes in at 106MB. CorePlus has wireless support, support for non-US keyboards, plus installation tools for alternative window managers, and other handy setup utilities. 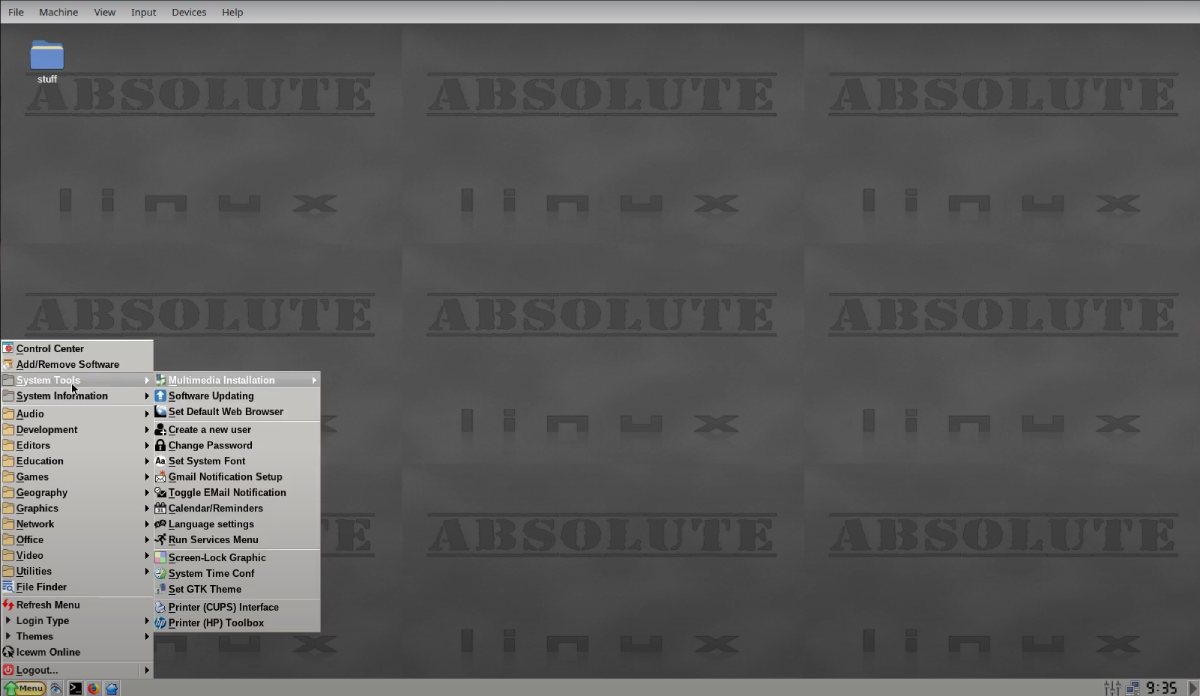 Absolute Linux is a 64-bit Linux distro based on the Slackware project. It ships with Libre Office and Firefox preinstalled but doesn’t mess around with heavyweight desktop options such as KDE or GNOME. Instead, Absolute Linux uses the nimble IceWM window manager.

It isn’t the smallest Linux distro in terms of actual download or installation size, rounding up to about 2GB, but it’ll work on most hardware through its lightweight overall package and minimal hardware requirements. 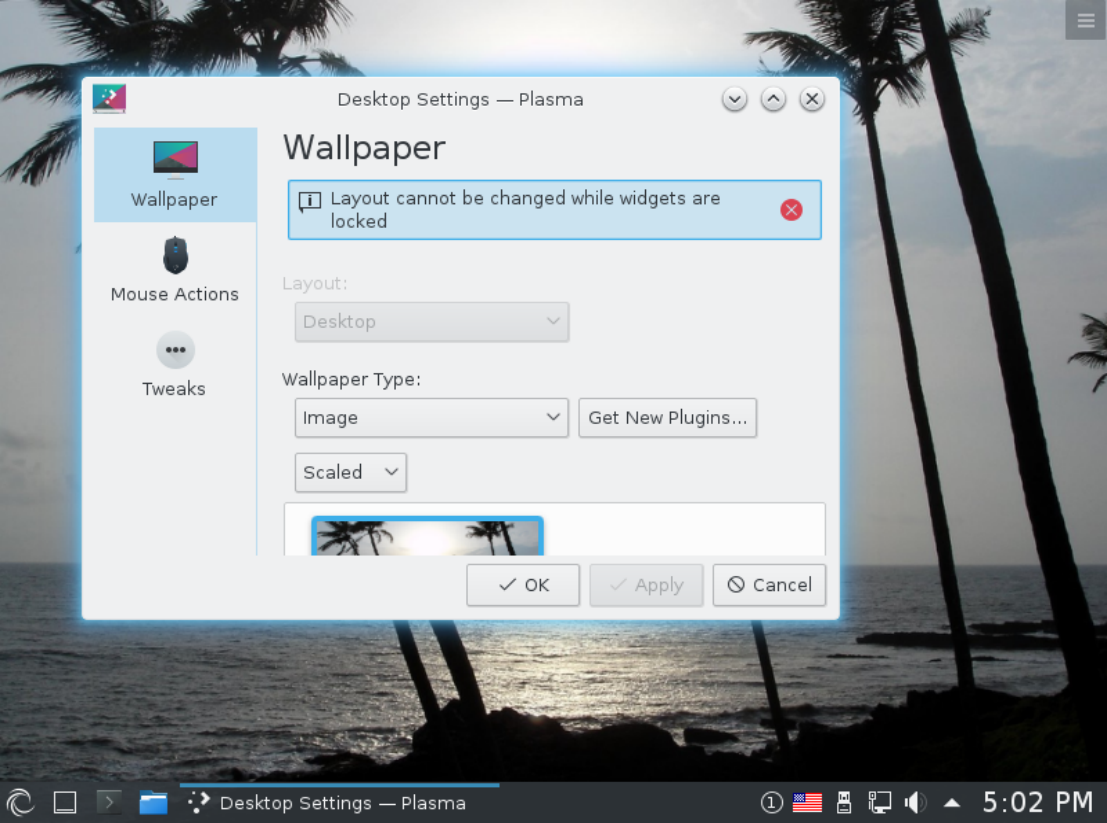 Porteus is a lightweight but complete Linux distro optimized to run from a USB flash drive. Don’t have one? Don’t worry! Porteus works on an SD card, CD, DVD, hard drive, or other bootable storage media. It’s small and insanely fast, allowing you to boot and get online while other operating systems are still thinking about booting.

Porteus runs on any Intel, AMD, or VIA x86/64 processor, requiring only 512MB of disk space and 256MB of memory. No hard disk is required, as it can run from removable storage media. If you use Porteus on a removable storage media device, you can take advantage of its “Persistent” mode, saving data directly on the storage device.

It is available in both 32-bit (perfect for older PCs) and 64-bit. A kiosk edition is also available, which is a minimal system that is locked down for use by the public on web terminals. You can choose to download the Cinnamon, KDE, MATE, or Xfce version of Porteus. 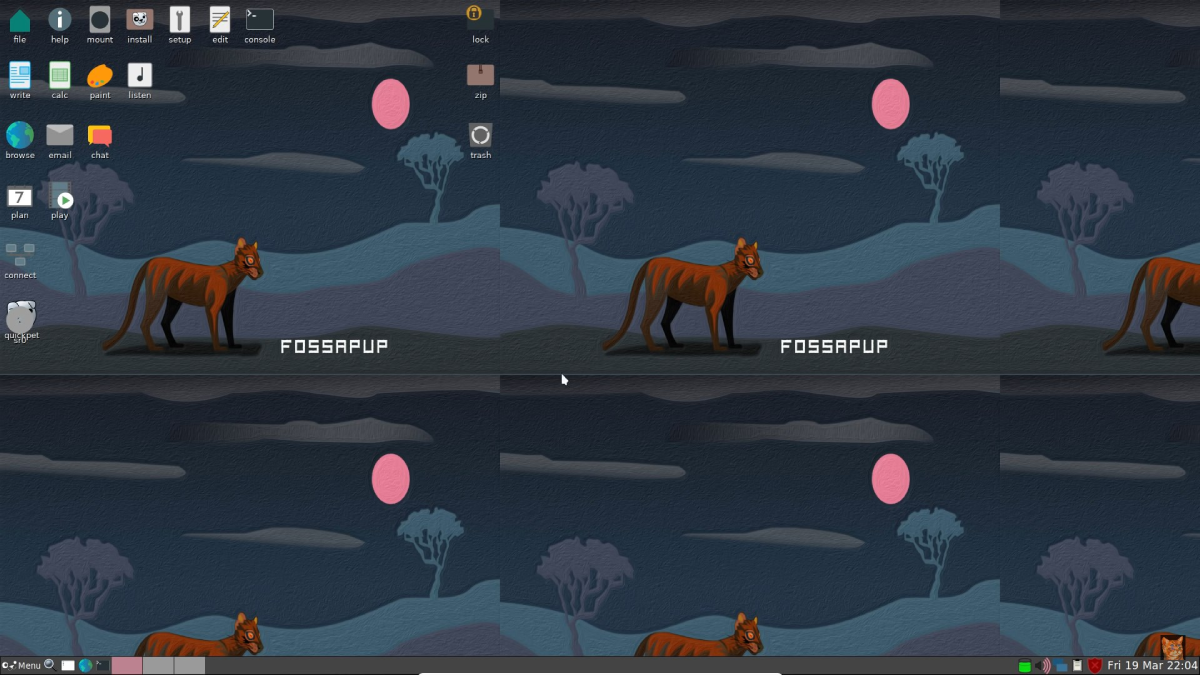 Puppy Linux is a very lightweight Linux distro that you should only install on and run directly from a USB flash drive, SD card, CD, DVD, or any other bootable storage media. You can install Puppy Linux on your hardware if you want. But there isn’t really a need if you have your bootable USB flash drive with you.

At the time of writing, there are six official Puppy Linux distributions. All require 300MB or less hard drive space but have varying CPU and RAM requirements.

To find out more and choose the right version for you, head over to the official Puppy Linux distribution download page. 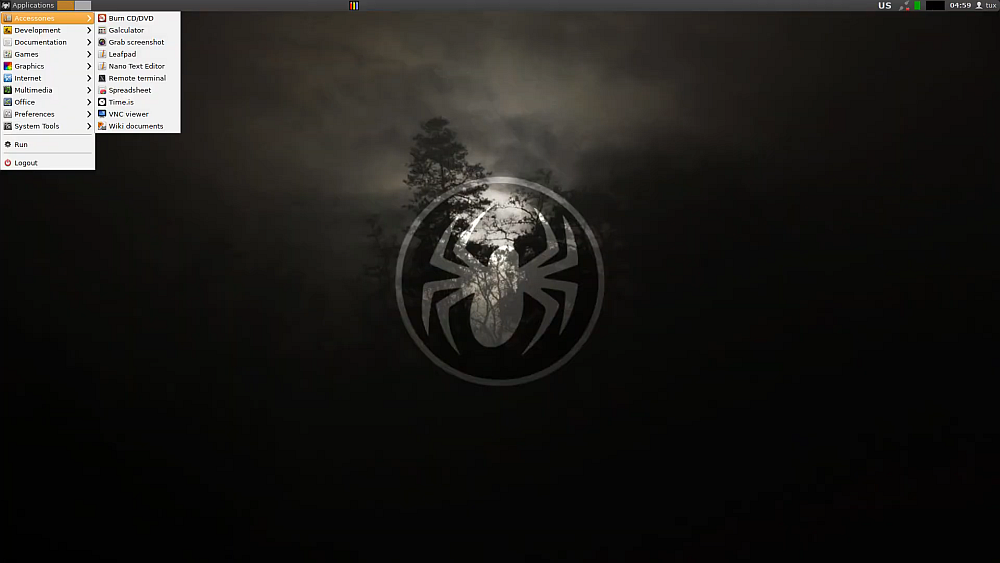 SliTaz’s minimum requirements include an i486 or x86 Intel-compatible processor, at least 80MB disk space, and 192MB RAM (however, this can drop as low as 16MB RAM depending on the version of SliTaz you use).

One cool feature of SliTaz is that it runs largely in your system memory. Once you boot SliTaz up, you can remove your bootable USB flash drive for other tasks. SliTaz also has a “persistent” feature that allows you to store your data and personal settings to the removable media, ready to use on your next boot. Keep in mind that you will have to keep your media in the machine for this feature to work. 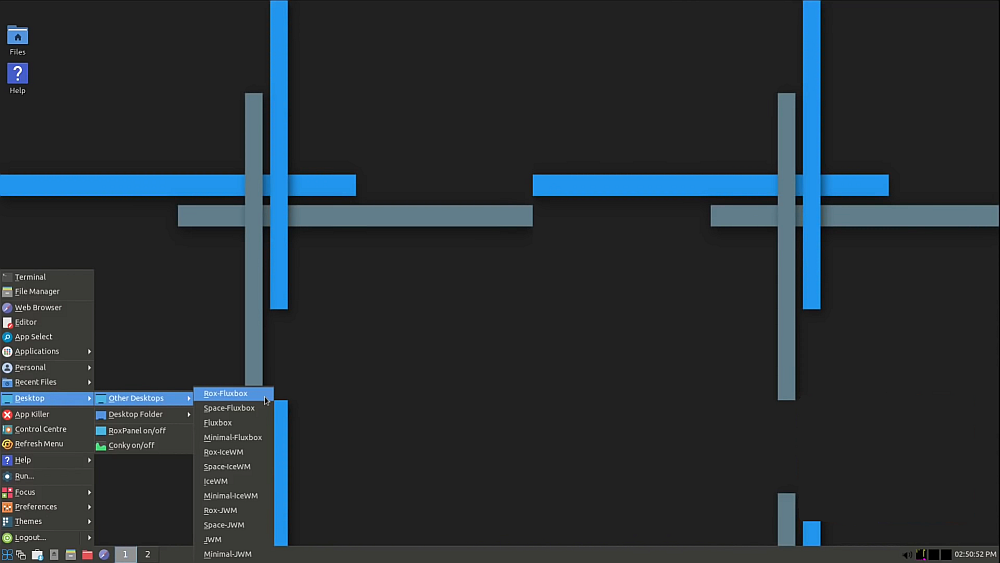 The tiny Debian-based antiX Linux distro is not only small but also receives frequent updates delivering tweaks, new features, updates, and more. AntiX Linux is well known for being one of the friendliest Linux distros for old hardware, with many people turning to this mini Linux distribution to get an ancient laptop up and running once more.

The recommended minimum RAM for AntiX is 256MB, though it can run on less. You’ll also need a 4GB hard drive for installation.

Even though antiX Linux is tiny, it still looks good. The base installation package includes the IceWM window manager, which offers a lot in terms of customization. Then there’s the integrated antiX control panel, which allows you to customize a huge range of antiX features. 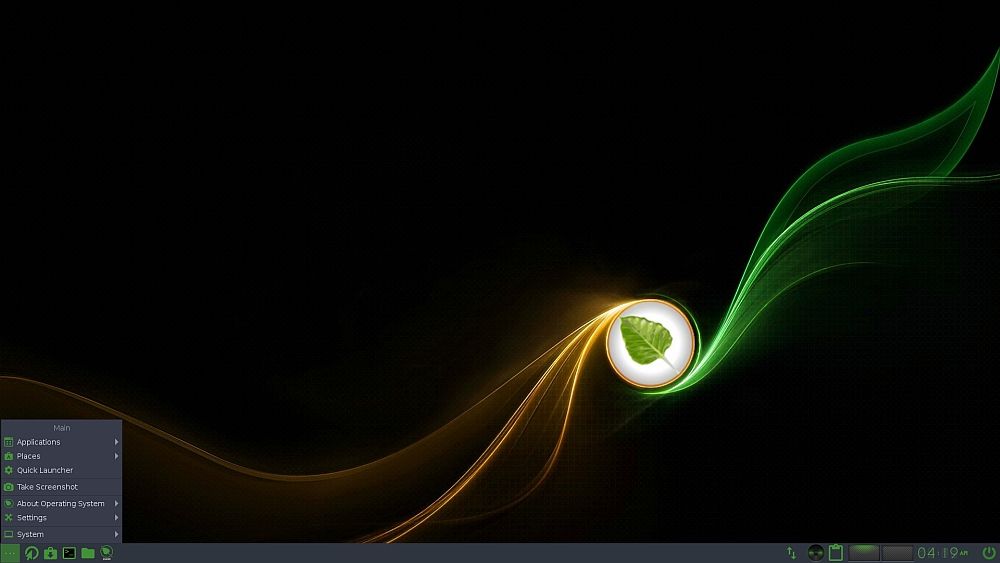 Your penultimate tiny Linux distro to check out is Bodhi Linux. Bodhi Linux is an Ubuntu LTS-based fully-featured Linux distro that uses the Moksha Desktop. Furthermore, Bodhi Linux comes in three flavors: the Standard edition, the AppPack edition, and the Legacy edition.

The Standard edition comes with a limited range of options and applications, whereas the AppPack edition offers more features, applications, and options out of the box. Of the three, the Legacy edition is the smallest, designed to work with older, less powerful hardware. 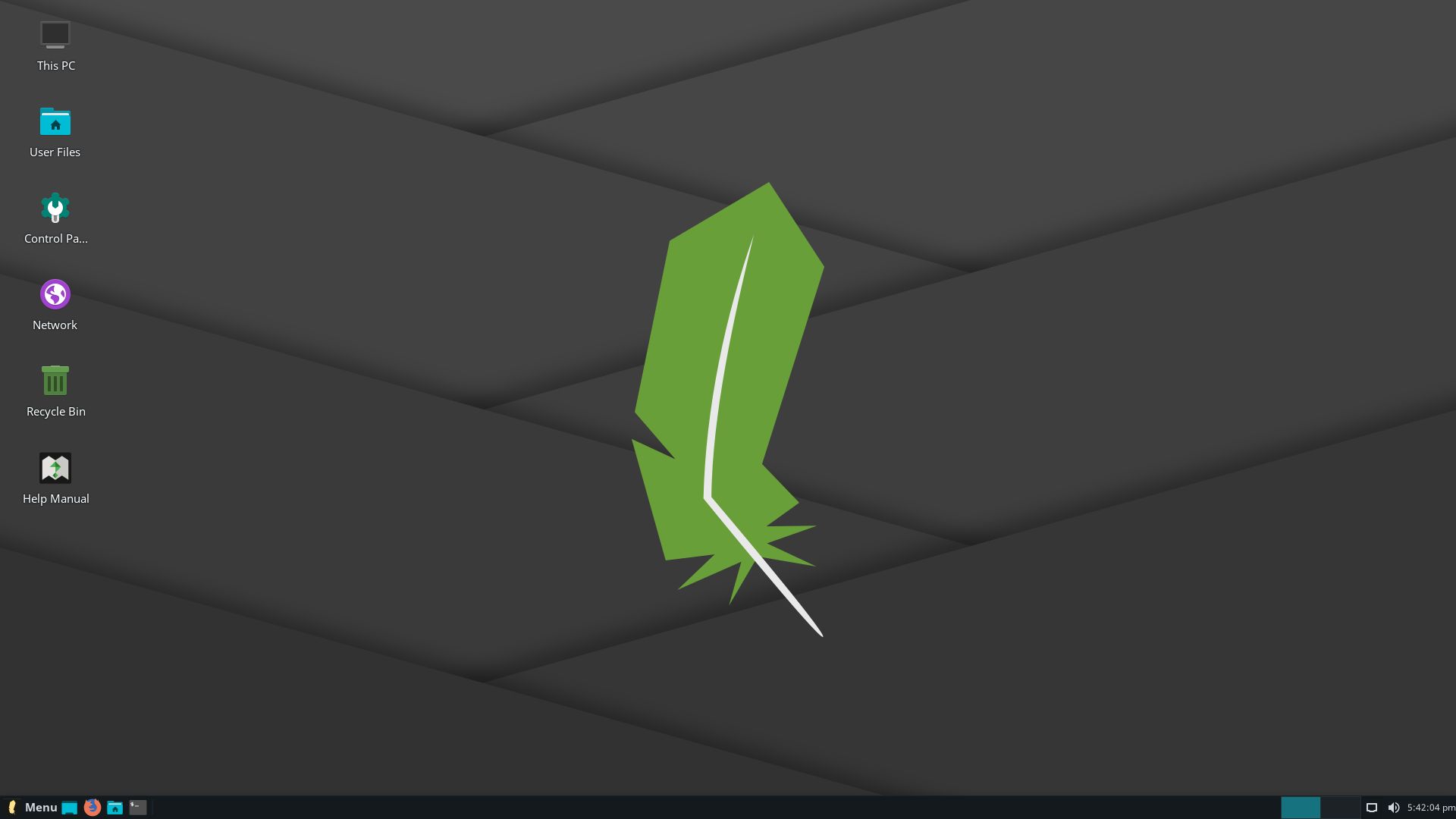 Onto the final minimal Linux distro, and you have Linux Lite. Now, Linux Lite isn’t the smallest Linux distro of all, but it does run well on sufficiently scaled-back hardware. Based upon Ubuntu, the minimum recommended specs are a 1GHz processor with 768MB RAM, along with 8GB storage, which most modern hardware vastly outstrips. So, you can imagine how well Linux Lite will run on an older machine.

Furthermore, Linux Lite is a tiny Linux distro designed for user-friendliness. Specifically, Linux Lite was developed to help Microsoft Windows users make the jump to Linux, with a similar UI, familiar programs such as Firefox, Thunderbird, and VLC bundled in the standard distro (and the option to download other packages available).

Revive Your Old Hardware With a Tiny Linux Distro

You can bring your old PC or other hardware back to life with any of these super small Linux distros. These lightweight Linux distros are a great way to provide a single computer for a relative who doesn’t need the bloat of a more complex operating system.

Furthermore, these Linux distros will allow them to surf the web, watch and listen to media, check email, and create simple documents. Since these distributions are easy to use, Windows users won’t have much trouble migrating to Linux on these distros.

6 Ways to Fix Silent Switch Not Working on iPhone

watchOS 9: How to Use Compass Backtrack and Waypoints on Apple Watch

How to Run a PowerPoint Presentation on Chromebook

The 7 Best Drawing and Vector Editing Apps for Chromebooks

How to Switch Between LightDM and GDM on Ubuntu

3 weeks ago
Back to top button
Close
Close